How can we help you today?

started a topic over 5 years ago 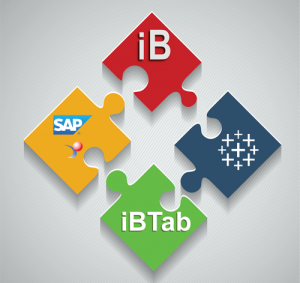 This year has flown by, but we've managed to pack a load of things into it:

IBTab is the exciting new add-on for InfoBurst which enables you to leverage the power of your Business Objects Web Intelligence reports inside Tableau.  I thought I'd share some of the background to why we made IBTab and at the same time give you an insight as to what features this powerful add-on can provide.

IBTab started its life following conversations with some of our InfoBurst and Business Objects customers.  The customers advised that through various means Tableau had started to be used within their company, yet the BI team had little or no control over the consistency and accuracy of the data being visualized.  These companies had invested in their Business Objects environments and were looking for ways to benefit from that investment with Tableau.  There are options to use Business Objects universes as a source to Tableau, but that only solves the "Can I connect Tableau to BO" question, it doesn't provide a means to completely leverage your BO content.

If you take a step back and look at how Business Objects is used:

Connecting Tableau to your universe only provides you with part of the power of Business Objects. Consider your existing Webi reports with their defined Business Logic, formula etc. imagine being able to use these reports as a source to Tableau. Not only would you have more control over the governance of the data being used in Tableau, you are also enforcing consistency and a single version of the truth whereby your BO reports and Tableau visualizations all display data from the same source. 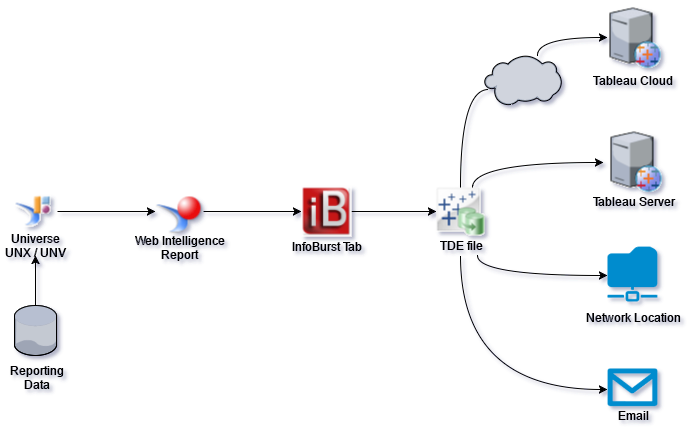 IBTab provides you the ability to take a report block from a new or existing Web Intelligence report, and through InfoBurst deliver this report content as a Tableau Data Extract (.TDE) file. This TDE file can be delivered to multiple locations, for example:

Leveraging the full power of InfoBurst you can also single pass burst your report content out to TDE as well.  This is where you have a single webi report and then split the output and produce multiple TDE files each with distinct content.  For example if you have a sales report, you can burst the report and have InfoBurst and IBTab produce separate TDE files, one for each sales region, and then deliver the TDE's to the Sales Manager for each region.

IBTab is the first add-on to InfoBurst created by the InfoSol UK development team, but it's not going to be our last. We've got some other exciting ideas in our Labs team so keep an eye out for further announcements in 2017.